Creating extraordinary designs, clothing lines and setting new trends is certainly not an easy task. But there are people around the world who are doing it exceptionally good. Fashion designers all around the globe are trying to create some new and interesting ways to stand out and let their creativity be shown. One of the most recent things is the trend of mixing Eastern and Western culture and creating new and wonderful clothing lines. Indian fashion has grown in popularity over the years and a lot of international designers are trying to incorporate it in their Western trends. These are 5 most famous international fashion shows that were inspired by Indian fashion and culture.

Perhaps one of the most famous and extravagant Indian inspired fashion shows occurred in 2011 and was hosted by no other than Chanel’s Karl Lagerfeld. And like his designs, his fashion shows are also a mix of wonder and splendor. He managed to transform the Grand Palais into an amazing venue where he organized a dinner party which was just a part of the show. Models paraded between banquets full of food in outfits that just screams India. Embroidered jackets, long and short golden saris and bejeweled coats were only a part of India that Karl managed to bring to Paris that night. But as he likes to claim ‘Fantasy is always better than reality.

This is truly called high-fashion. Outfits in which prevails the golden and silver color, accompanied with matching turbans for men and bejeweled head pieces for women were a total hit.
This collection was completely focused on the royal and high-class part of India. The colorful designs of jodhpurs, long jackets with striking accessories and silk fabrics created the feeling as if you were sitting among the royal families of India. He managed to create designs for both men and women, like amazing Shalwar Kameez that is a traditional outfit originated in South Asia. Although designs are different for men and women, Jean Paul has managed to make grand creations for both sides. 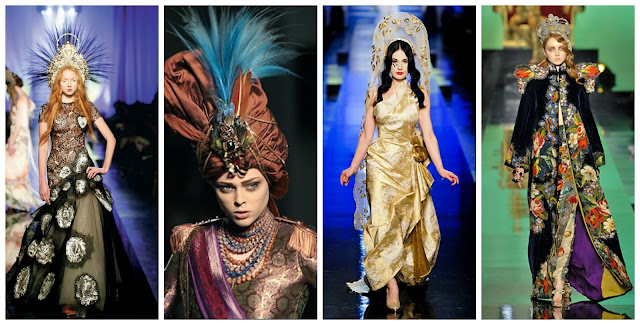 Armani just knows how to get a job done. The Armani Prive Couture in 2007 was a perfect example of how to combine two completely different styles from other sides of the world and still create something stylish, elegant and glamorous. The models were wearing designs that could resemble the typical Western trends but with marvelous details such as Indian embroideries. Trendy dresses that were modeled by the Indian kurta and black silk gowns with bold Indian block prints. It was everything and even more than that. 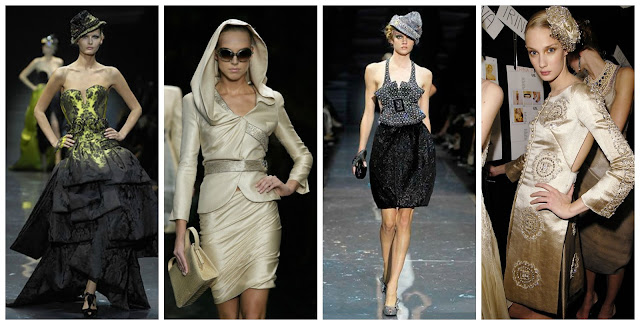 This luxury brand that never ceases to amaze us has managed once again to blow us away with its fantastic designs. The designer house has actually gone a step further and created a special fabric called ‘Louis Vuitton fabric’ that was used for creating these outstanding outfits. Sticking to traditional Indian motives and flower designs the outfits that models wore were giving out an impression of a true Indian surrounding. The fabrics that were used for the show were specially woven by skilled Indian craftsmen. We can certainly say that somebody has put much effort in creating this multicultural show worth watching. 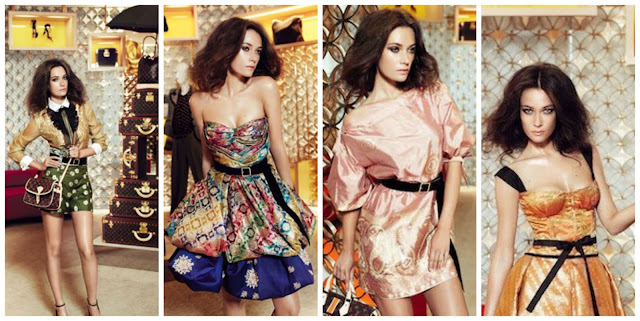 This fashion line designed for the Spring/Summer collection of 2012 has really left a huge impression on everybody. Famous designer Vera Wang had really outdone herself in this show. Using vibrant color pallets and colorful designs she has managed to bring India to us. The gold embellishments and peacock prints were only a part of the designs. She focused on using lively colors such as emerald green, cobalt blue with black tones. This was definitely a success as the models looks outstanding and fabulous with every step they took. 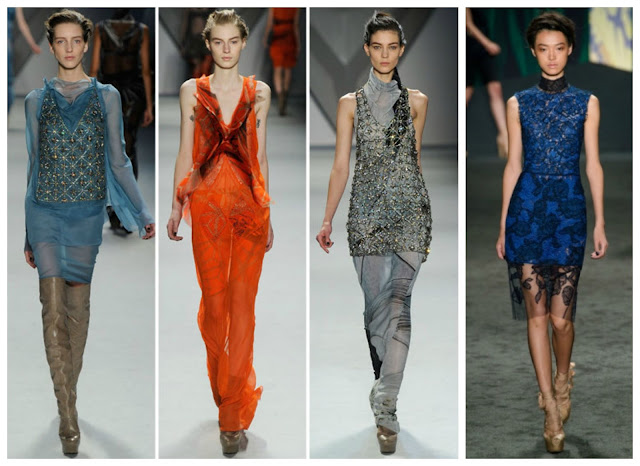 These fashion designers are climbing the ladders to success for years now. If you still haven’t realized why, this article will definitely help you understand. They managed to create not only international but also intercultural fashion shows like nobody has ever seen before. They are doing it the only way they know how and that is with style. Not many people can successfully organize a huge show with thousands of people, but these designers did. The mix of Eastern and Western trends and styles turned to be a total hit. Combining traditional Indian motives with typical Western fashion trend has managed to become one of the most growing trends in the world in the last couple of years. Who knows what types of trends await us in the years that come. We can just imagine and hope that it is something nearly fabulous as this. Certainly our fashion designers will make sure to do an even better job.

The Role of a Replica Watch to Enhance Your Style

Great Ideas for Saving On Shopping at Luxola.com

Buy Clothes Online Choice is Yours