The latest smartphone offering from the global mobile phone leader, Samsung is the Galaxy S5. The South Korean mobile giant unveiled the Galaxy S5 at the 2014 Mobile World Congress that has subsequently launched in the Indian market. Considering that India is a great booming mobile market, it is also a huge market for the Galaxy range. The Galaxy S5 is definitely not for the mass market, as this premium phone has a whopping starting price of about Rs. 51,000, which is about Rs. 10,000 dearer than the price of the most sought after phone of 2013, the Galaxy S4. While, inflation could be one of the reasons behind this premium phone’s expensive pricing, let’s consider its capabilities and features to see if the hefty price tag is really justified or not. 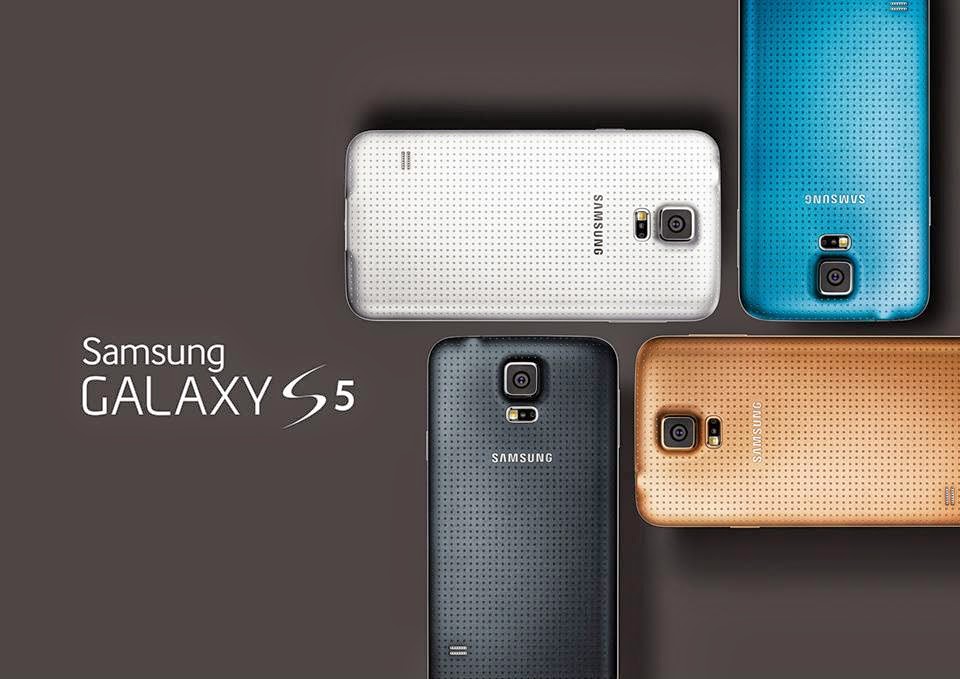 Design & Built:
While the high expectations were dampened by the Galaxy S5, it should be accepted that it looks and feels more impressive than the S4. Yes of course, it still comes in plastic, does not get the expected metal chassis and is not a departure from the S4 in terms of design, but it is also not really bad to keep to the Galaxy family’s styling considering Samsung does know how to impress with style. The Galaxy S5 looks very different with its new perforated back panel as well.
Display:
Here also the Galaxy S5 disappointed with a meagerly increased screen size of a 5.1 up from the S4’s 5 inch full HD display. While both get 1920×1080 pixels of screen resolution, the S4 has a slightly higher pixel density of 441ppi as against the latest S5′s 432ppi.
Hardware:
After a good one year, everyone expected a good hardware upgrade as well, but that did not happen. The Galaxy S5 gets a quad-core Exynos 5 Octa SoC with 1.9GHz A15 along with a quad-core, 1.3GHz A7 processor. While, the S5 does offer more speed it still makes do with 2GB RAM. However, here the Galaxy S5 does have an edge over its predecessor, as it can use both it quad-core processors simultaneously, while the S4 could use only one at a time.
Camera:
Here again, the Galaxy S5 is a great improvement over the last year’s model, at least it sounds good to the users. While very few can understand if it really matters or not, the common users surely get a boost of excitement with higher figure of MPs. The S4 thus is a clear winner with a 16-megapixel rear camera with 4k video shooting, autofocus, and ‘refocus’ post snapping capabilities. The S4’s 13-megapixel camera is equally good for the eyes but falls short on the features. 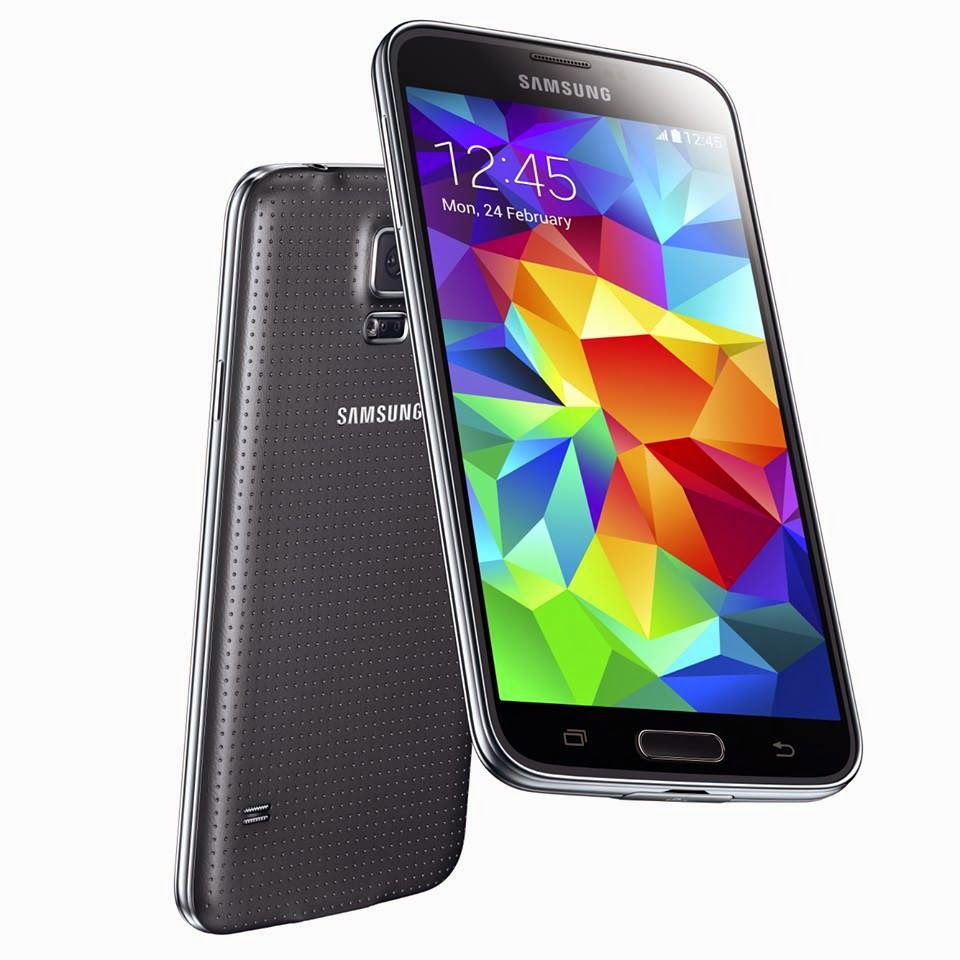 The Galaxy S5 also boasts of the ISOCELL technology in its camera. Simply put, this gives an advantage when it comes to shooting in low light. It also helps in reducing the noise level in the images. This technology also enhances the light capturing capacity of each pixel by 30 percent; hence the images are more detailed and crisp. The Galaxy S5 also shoots higher resolution videos than the S4 and the whole bunch of the rival smartphone models in the market. These are certainly great improvements for the photography lovers.
Battery:
Here again the Galaxy S5 gets a good improvement with its 2,800mAh battery pack as against the S4′s 2,600mAh unit.
Software:
The Galaxy S5 runs on the same Android 4.4.2 KitKat, but it boasts of an enhanced TouchWiz UI. And it should make the S5 faster as well. The Samsung Galaxy S5’s has got some additional features to justify its steep pricing as well. Some of the most remarkable ones are listed below:
Fingerprint scanner
This is probably the most remarkable feature on the Galaxy S5. The S5 is definitely not the first smartphone to boast of a fingerprint scanner, and Samsung’s arch rivals Apple and HTC have both made use of it. However, the S5 is the first Samsung phone to feature this which is noteworthy.
Moreover, the fingerprint scanner on the Galaxy S5 is said to be the most practical and potential one in the market now. To start with it be used to unlock the phone and more such seven prints can be employed to directly launch particular apps.
Samsung is said to be improving on this technology and make it even more user friendly. Thus, in future you may expect to launch more apps using the fingerprint scanner and even make it a substitute for your password to make payments.
Heart rate monitor
This one is a first time feature in smartphones, and that way the Galaxy S5 really has an edge over the rivals. To use it you simply have to hold your finger over the camera lens for few seconds, and a red light passed through to measure your pulse. This is indeed a great feature and the health conscious people including the elderly will really benefit from this feature. The fitness freaks will find it great, as it comes built into the phone and thus no extra device is required to measure the pulse rate.
Water and dust resistant
One of the most important improvements that Samsung presented in the Galaxy S5 is its dust and water resistance feature. This makes more practical for a phone this expensive and comes as a relief to those who are always worried sick about preserving their precious smartphone. To make it the money’s worth a number of mobile phones are becoming dust and water proof. It should eventually become a must have feature in all premium smartphones, as they are not only awfully expensive but also very fragile as well.
Thus, the water and dust resistant feature is surely a great boon and it does make the Galaxy S5 more desirable. The S5 is completely dust proof and survives even if it remains immersed in up to one meter of water for a maximum half an hour.
Thus, while specs wise the Samsung Galaxy S5 does not seem to be worth its exaggerated pricing, all the features bunched together does make a heavy impression on you and it might seem worth buying after all; and if you can well afford the S5, then why not?
Author Bio – The Author have great interest in Technology and Handset reviews and currently he is working with 91mobiles.

Buying Online Gifts to Send to Australia and to Other Countries

A Perfect Case for the Perfect Tablet – Stay in line...

Mother of the Groom Dresses for the Fall Season